A Contemporary Treatise on Divine Light, Prophecy, and Sainthood 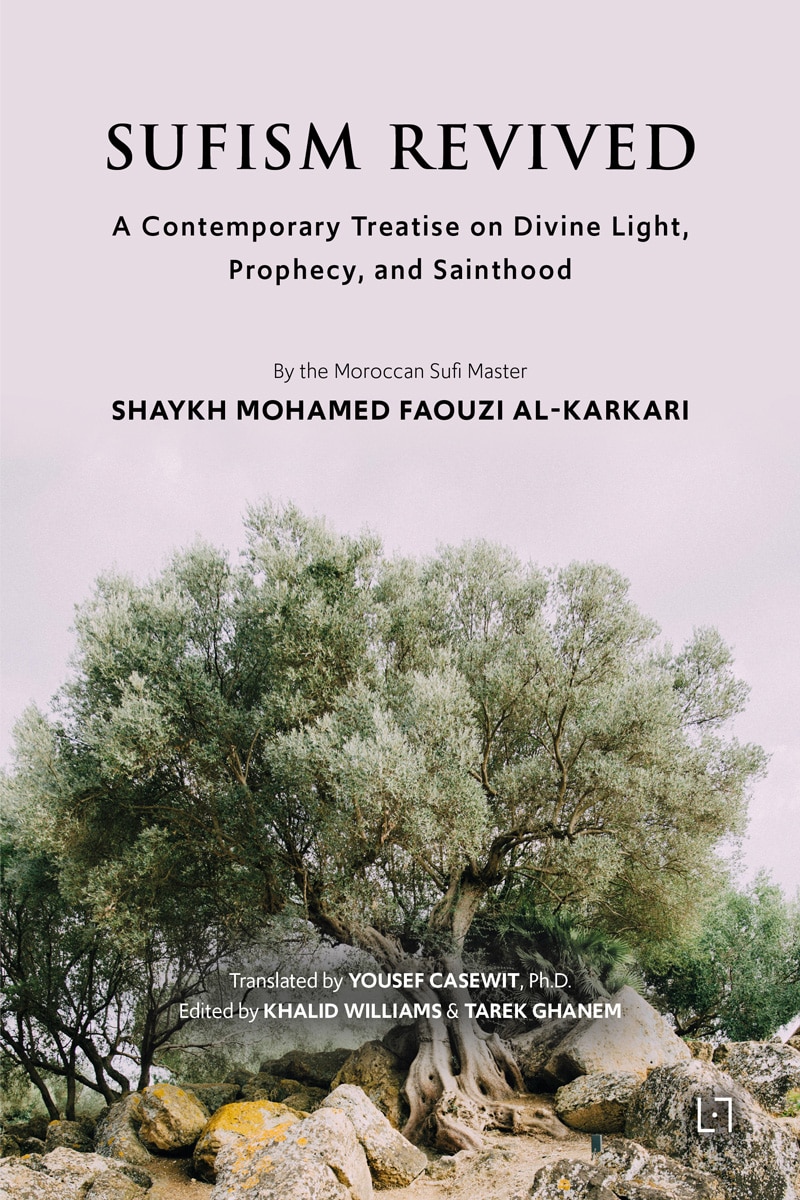 In this compilation of spiritual discourses (sing. mudhākara), Shaykh Mohamed Faouzi al-Karkari offers a Sufi commentary on the functions, degrees and implications of prophethood (nubūwa), messengerhood (risāla), and sainthood (wilāya). Major themes include the identification of the Prophet Muhammad with “the supreme intellect” (al-ʿaql al-akbar); the manifestation of the all-encompassing Muhammadan Reality through the different prophetic figures; the notion of prophetic inerrancy (ʿiṣma); the doctrine of the Perfect Man (al-insān al-kāmil); and the universality of the Muḥammadan nation.

In his discussion on sainthood, the Shaykh offers a commentary on the Path to God as expressed in the well-known Holy Tradition (ḥadīth qudsī), narrated in Ṣaḥīḥ Bukhārī, in which God proclaims: “Whoever aggresses against one of My friends, I declare war on them…My servant continues to draw near unto Me with supererogatory devotions until I love him; and when I love him, I am his hearing by which he hears, his sight by which he sees, his hand by which he clutches, and his foot by which he walks. If he asks of Me, I will surely give him; and if he seeks refuge in Me, I will surely give him refuge.”

Throughout these discourses, the Shaykh offers practical advice for seekers regarding the complementarity between the exoteric Law (sharīʿa) and esoteric Truth (ḥaqīqa); the love of the Prophet and his descendents; and the attainment of unmediated knowledge of God (maʿrifa). Special emphasis is placed by the Shaykh on the seeker’s visions (mushāhadāt) of God’s Light; recognizing the traces of the Divine Names in creation; and how to derive knowledge of God from one’s spiritual experiences.