A Contemporary Sufi Treatise on the Secrets of the Divine Name 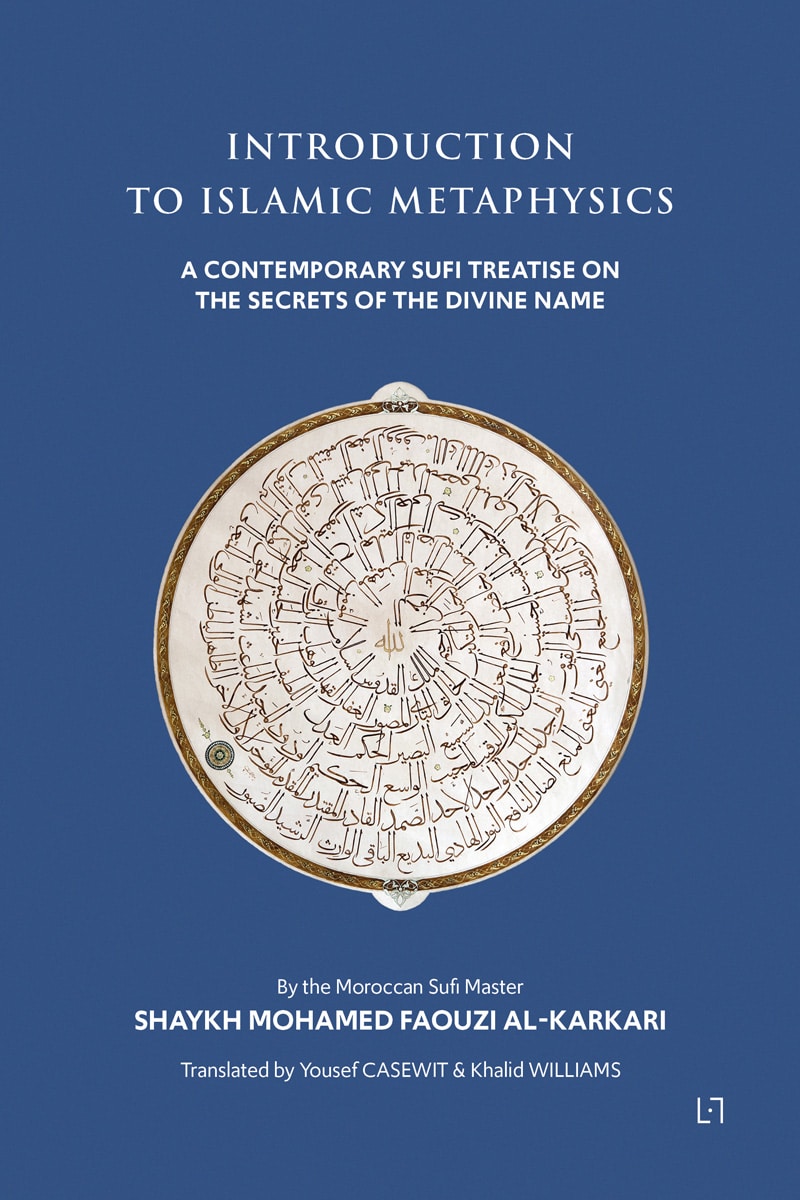 In this masterful treatise of Sufi spirituality and metaphysics, Shaykh Mohamed Faouzi al-Karkari maps out the mystical journey to God as an initiatic progression through seven degrees of realization, or readings, of the divine Name Allāh. These seven degrees encapsulate what it means to read in the Name of the Lord, letter by letter, syllable by syllable, until the Hu, Lahu, Lillāh, ilāh, Allāh, Alif, and the Treasure-Dot are inwardly realized in the heart of the wayfarer. The Shaykh guides the reader from secret to secret, or reading to reading, devoting ten subchapters to each degree of the divine Name. Written with both metaphysical rigor and poetic elegance, the book comprises seventy short chapters that correspond to the seventy veils of Light and darkness between God and creation. Throughout the book, he emphasises the centrality of directly witnessing the Divine Light, the indispensability of a living spiritual master, the dynamic between transcendence and immanence, the purification of the heart, and wholehearted commitment to practicing the Sunna and continuous invocation as a means of attaining direct knowledge of God.
Describing the fruit of wayfaring, the Shaykh proclaims:
“[It is] a matter of sheer fruitional experience, tasted only by those who plunge the depths of the kernel of the heart…Only those who possess strong resolve may directly experience the innermost secret. They entirely orient themselves in pursuit of pure meaning, and ride upon the steed of willpower, with both a strong spiritual essence and the power of passionate love…[For] the innermost secret is not something that can be spoken of, but a realization of the presence of the Real. It is the descent of the Real toward the servant, and the ascent of the servant toward the Real. It is a state, and a direct experience through unveiling. It is a certainty that is curtained by the ‘as if’ (the Kāf) of ‘As if you see Him.’…Now, in order to learn the innermost secret and stand at the station of its people, you must first and foremost find its wellspring. By this, I mean a Shaykh who will teach you how to reach God, and whose very sight inspires in you an understanding of the seriousness and severity of this affair. As for the seeker who cannot find the waters of realization, he is to perform the dry ablution (tayammum) with dust, in the manner of those who are too sick to use water. He must adhere to the outward levels of the revealed Law as understood by the average believer, and profess God’s perfect transcendence, while surrendering to God’s folk.”